The common linear optimal power flow (LOPF) formulation that underlies most transmission expansion planning (TEP) formulations uses bus voltage angles as auxiliary optimization variables to describe Kirchhoff’s voltage law. As well as introducing a large number of auxiliary variables, the angle-based formulation has the disadvantage that it is not well-suited to considering the connection of multiple disconnected networks,

It is, however, possible to circumvent these auxiliary variables and reduce the required number of constraints by expressing Kirchhoff’s voltage law directly in terms of the power flows, based on a cycle decomposition of the network graph. In computationally challenging benchmarks such as generation capacity expansion with multi-period LOPF, this equivalent reformulation was shown in previous work to reduce solving times for LOPF problems by an order of magnitude. Allowing line capacity to be co-optimized in a discrete TEP problem makes it a non-convex mixed-integer problem. 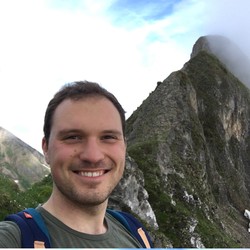